K1: Blackout Defense Framework based on Fusion of SG

K4: Opportunities and Practice of 5G in Distribution Smart Grid 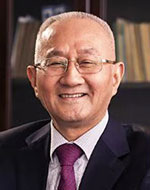 Title: Blackout Defense Framework based on Fusion of SG

Abstract: With the advancement of energy transition, power market reform, and increasing importance of the public awareness and participation rights, the power industry is promoting the construction of strong smart grid (SG) and the Internet of Things in Energy (IoTE). This presentation expounds the profound changes that are taking place inside and outside the power system, emphasizing the necessity for the construction and fusion of SG with IoTE and the challenges it poses to the blackout defense framework. It is pointed out that SG and IoTE can be unified by the framework of cyber-physical-social system in energy (CPSSE). SG consists of a power system and a power intranet, which can be defined as a cyber-physical system in power (CPSP). IoTE copes with the interaction of object-to-object, human-to-object, and human-to-human interaction via Internet, which can be defined as a CPS in Social Things of Energy. In order to address the challenges of the fusion of SG with IoTE, this presentation proposes an idea of establishing a private network-based buffer network between SG and IoTE, which could combine reliable but closed SG with open but vulnerable IoTE to form a reliable and open CPSSE. Finally, the blackout defense framework based on fusion of SG with IoTE in the data, analysis and decision-making under the CPSSE framework are discussed.

Biography: Yusheng Xue graduated from Shandong University, China in 1963, received an MSEE degree in 1981 in Electrical Engineering from EPRI, China and a PhD degree in 1987 from the University of Liege, Belgium. He has been an elected academician of the Chinese Academy of Engineering since 1995. He is now the Honorary President of State Grid Electric Power Research Institute (SGEPRI or NARI), China, Adjunct Professor in dozens of universities in China and a conjoint professor of the University of Newcastle in Australia. He is the Editor-in-Chief of Automation of Electric Power System (in Chinese, EI indexed) and that of Journal of Modern Power Systems and Clean Energy (in English, SCI IF 1.532), as well as Chairman of the Technical Committee of Chinese National Committee of CIGRE from 2005 to 2012. Professor Xue received a National Prize on Science in 1977, a National First Prize of Achievement in the Advance of Science and Technology in 1996, National Second Prizes respectively in 2003, 2004, 2005, and 2012. He also received a First Prize of National Excellent Technical Book Prize in 2001, a National Prize of Golden Patent in 2006 and an Excellence Patent in 2012. By the end of 2017, 25 Master students, 40 Ph.D students and 4 post-doctor were successfully supervised in the field of power systems or nonlinear dynamics. Other 16 Ph.D students and 1 post-doctor are being supervised. He has published 8 books and more than 604 technical papers, including 120 SCI-indexed ones and other 310 EI-indexed ones. 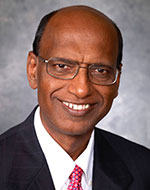 Abstract: Smart grid describes a set of related technologies, rather than a specific technology with a generally agreed-on specification and requirements. Smart grid refers to the use of computer, communication, sensing and control technology which operates in parallel with an electric power grid for the purpose of enhancing the resilience and reliability of electric power delivery with security, minimizing the cost of electric energy to consumers, and facilitating the interconnection of new generating sources to the grid. In addition, it also provides improved energy efficiency, demand response, conservation measures that enable consumers to take control of their energy use, and lower the carbon emissions. It is a convergence of power systems, power electronics, renewable energy, energy storage, energy management, Information & Communication systems, sensing and measurement, and related technologies.  Recently plug in electric vehicles are also being considered for integration to the grid. This presentation discusses a brief a review of these technologies that enable to develop a future robust and smart electric grid.

Biography: Kaushik Rajashekara received his PhD degree in Electrical Engineering from Indian Institute of Science.  In 1989, he joined Delphi division of General Motors Corporation in Indianapolis, IN, USA as a staff project engineer.  In Delphi and General Motors, he held various lead technical and managerial positions, and was a Technical Fellow and the Chief Scientist for developing electric machines, controllers, and power electronics systems for electric, hybrid, and fuel cell vehicle systems.  In 2006, he joined Rolls-Royce Corporation as a Chief Technologist for More Electric architectures and power conversion/control technologies for aero, marine, defense, and energy applications.  In August 2012, he joined as a Distinguished Professor of Engineering at the University of Texas at Dallas. Since September 2016, he is a Distinguished Professor of Engineering in University of Houston.

Prof. Rajashekara was elected as a Member of the National Academy of Engineering in 2012 for contributions to electric power conversion systems in transportation. He was also elected as 2015 Fellow of the National Academy of Inventors and 2013 Fellow of Indian National Academy of Engineering.  He is a recipient of the IEEE Richard Harold Kaufmann award, IEEE Industry Applications Society Outstanding Achievement Award, IEEE IAS Gerald Kliman award, and IEEE PELS Vehicle and Transportation Systems Achievement Award for contributions to the advancement of electrical systems and power conversion technologies in transportation.  He is a Distinguished Alumnus of Indian Institute of Science, Fellow of IEEE, and a Fellow of SAE International.  He has published more than 200 papers in international journals and conferences, has 35 U.S. and 10 foreign patents.  He has given more than 150 invited presentations in international conferences and universities.  His research interests are in the area of power electronics, drives, subsea electrical systems, Electrification of land and air vehicles, renewable energy, and microgrid systems 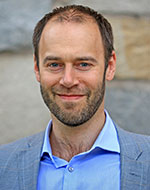 Abstract: Phasor measurement units (PMUs) are essential for achieving real-time situational awareness in distribution and transmission systems, and are expected to enable a variety of applications from predictive maintenance, through event detection and model validation to real-time control. PMUs enable real-time situational awareness through the direct measurement of phase angles, which requires time synchronization with sub-microsecond accuracy. Existing network and space based time synchronization technologies are, however, known to be vulnerable to attacks and thus time synchronization attacks represent a significant threat for the security of the smart grid.

In this talk we first discuss the detection of TSAs using state-of-the-art bad data detection (BDD) techniques used in power systems, and we provide a sufficient condition for an attacker to be able to construct TSAs against sets of PMUs that are undetectable to BDD. We provide a polynomial time algorithm for identifying vulnerable sets of PMUs and present an algorithm for constructing undetectable dynamic TSAs with high attack impact, taking into account the dynamics of the power system and the internals of PMU clocks. We then argue that it is feasible to construct efficient detectors for TSAs based on a cyber-physical model of the power system and of the PMU clock. We propose a model for approximating the correlation between phase angle measurements and clock parameters, we discuss various detectors based on the model, and show that they indeed achieve superior detection performance compared to state-of-the-art change detection techniques. Finally, we show lessons learned from securing network-based time synchronization in a testbed implementation of PTPv2.1, and we conclude the talk with a discussion of remaining challenges and promising research directions in achieving end-to-end security for precise time synchronization.

Biography: György Dán is Professor in Teletraffic systems at KTH Royal Institute of Technology, Stockholm, Sweden. He received the M.Sc. degree in computer engineering from the Budapest University of Technology and Economics, Hungary in 1999, the M.Sc. degree in business administration from the Corvinus University of Budapest, Hungary in 2003, and the Ph.D. in Telecommunications from KTH in 2006. He worked as a consultant in the field of access networks, streaming media and videoconferencing 1999-2001. He was a visiting researcher at the Swedish Institute of Computer Science in 2008, a Fulbright research scholar at the Information Trust Institute at University of Illinois Urbana-Champaign in 2012-2013, and an invited professor at EPFL, Switzerland in 2014-2015. He is a senior member of IEEE.

He has co-authored some 120 scientific publications in the area of the design and analysis of content management and computing systems, game theoretical models of networked systems, and cyber-physical systems security. He received the award of the Ericsson Research Foundation in 2010, 2012 and 2014, and in 2012 he was awarded a Fulbright research grant from the Fulbright commission. His and his group's research received the best paper award at IFIP/TC6 Networking 2008, at IEEE P2P 2010, and at SNCNW 2013, the IEEE ComSoc/ISOC Internet technical committee best paper award for 2016-2017, the best student paper award at ITC 23 in 2011, the 2018 IEEE Sweden Joint VT-COM-IT Chapter Best Student Conference Paper award, and the IEEE Infocom'18 best poster award. He has served on the TPC of major IEEE and ACM conferences, including IEEE ICDCS, ACM e-Energy, ACM ICN, IEEE ICC and GlobeCom, IEEE SmartGridComm, and IEEE Infocom. He was workshop chair of ICME 2015, symposium TPC co-chair of IEEE SmartGridComm 2014 and 2018, TPC co-chair of ITC 2019, serves as general co-chair of GameSec 2019, and as TPC co-chair of IEEE SmartGridComm 2020, and he is an area editor of Elsevier Computer Communications and IEEE Transactions on Mobile Computing. 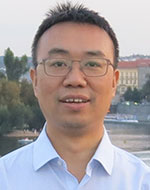 Title: Opportunities and Practice of 5G in Distribution Smart Grid

Abstract: The ultra-low latency and high reliability provided by 5G system is the key ability could be used to serve the URLLC services. Smart grid services such as the synchronization etc. which require critical latency and reliability can be a promising scenario for 5G. In this keynote, the key features to provide the URLLC services are introduced as well as the performance. The evolution of the 5G in the future releases also takes the URLLC services into account to provide better performance for smart grid. In this keynote, some practice/experiments of 5G for smart grid services are also introduced to show the ability and the future of the 5G in smart grid.

Biography: Zhiheng Guo (guozhiheng@huawei.com) received his B.E and Ph.D. degrees from Beijing University of Posts and Telecommunications, China, in 2002 and 2007, respectively. From 2007 to 2014, he was a senior researcher with Ericsson Research. In 2014, he joined Huawei Technologies Co., Ltd., as a senior researcher. He is currently a principle researcher in Huawei Technologies Co., Ltd., Beijing, China. His research interests include 4G/5G coexistence, multiuser access, cross-link interference management of flexible duplexes, and URLLC technologies in different applications.